The Greedy Master of Supply Chain

1.In the economy, the survival of a business is in the supply chain.

2. When some people are in control over the supply chain, they will have the major power as if they were the monopoly. This is what the Chinese in Malaysia has.

3. Despite being less than 30% of the population, the Chinese are controlling over 70% of the country’s supply chain. Everyone knows about it except for some arrogant Malays and some denial Chinese.

4. If you refer to the history, the Chinese in Malaysia had been given the privileges by British when they practiced “divide and rule” less than 70 years ago. They had been given the power to trade, to start businesses and to extend their business chain as what they did in China. 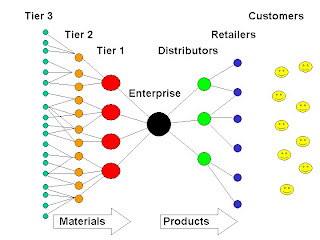 5. Malaya at that time was full of new economic prospects for these immigrants.

6. As the pioneer, they had all the access to manipulate the economy and to bury inheritance seeds for their generations. Everyone will do the same if given such opportunities.

7. Nevertheless, this open market is based totally on profits and efficiencies. In this case, they have no social obligations toward Malaya and they will keep exploring and getting everything for themselves.

10. Unfortunately, since most Chinese were in the richer segments and most Malays were in the poorer group, this NEP had been misunderstood as a discrimination against Chinese. Most of them are feeling resentment even until now.

11. Ironically, what they fail to see is the greediness of their ancestors to get 100% of the Malaysian economy. Despite being the pioneer of the most powerful supply chain, it is still not enough and they still want more!

12. Looking throughout the world, China itself will rise as one of the economic giants therefore no policy will have the ability to break into this supply chain. Malaysian Chinese will surely have all the advantages even with NEP.

13. All the cosmetic affirmative actions in NEP such as selective licensing, rules to include bumiputra or subsidies from the government will be useless. Should NEP is a total success; it can only serve to protect Malays from being a total consumer, far less than what Chinese community has.

14. Nevertheless, some arrogant Malays will still want to abandon the system for their hatred to the government.

15. Despite they themselves were the product of NEP, they accidentally realized that other Malay should go out in the open ground to fight the war they couldn’t win and to face the discrimination they couldn’t survive.

16. They are punishing the system instead of the people who abuse it.

17. So unlike the master of supply chain, the Malays will continue to be labeled as racists for protecting themselves via NEP.

18. It is only The Greedy Master that can have it all.

Notes: Picture 1 is taken from www2.sims.berkeley.edu Pictures 2 is taken from http://www.connectedconcepts.net. Removable upon requests.
7 comments:

Whenever a government is too dependent on the system – ISA like solution, it will have the same fate as what happend elswhere (Middle east etc). I think Najib did the right thing when offering the stadium because that’s the new ways of getting the rebellious youngsters’ vote.

Well, that should be at least on the surface.

That is also the same strategy used by our neighbour, Singapore – No more Minister Mentor, president wants to call it a day etc. They wanted to be seen as ‘listening to the people’ type because they can’t control the mass media (read: mind) as much as before.

I just hope that below the surface, Najib can work out something from this rally. I foresee his target will be the silence voters who didn’t turn out in the stadium but the one who observes.

Yes, when Najib offers to legalized the rally, Bersih now have achieved one of it’s objectives therefore will make them less relevant. People who at first are against the suppressor (50-50 type) will no longer have the mood because suppresion is not happening.

Well, we don’t have to care about the 10% fanatics. They have no brain and anything that Najib do will never satisfied them. We can see them on stage later during the rally or the one with big grin.

This is also a good way for Najib to gauge his support, outside from his own circle.

Ah finally, I’d rather evaluate the turnout for this Bersih rally for Najib to find ways to recapture them before PRU13. At least the PRU trumpet is still with Najib. He can call it when his popularity is at the peak (Which he can work it out)

Welcome to the new way of playing politics
1 comment:

Meritocracy is a great process. It is so great until it potrays everyone who oppose it as anti-establishment, a loser in the making or even with low IQ.

For the winners, meritocracy is the best way to compete. For them, the losers dislike meritocracy merely because they hate them winning, the fair way.

Unfortunately that's not always the case.

If you're on a running track, you have to start off equally by using the same base and the same whistle. If one starts off earlier than everyone, we can see the competition restarts.

That's how important a start is when it comes to a fair competition.

So, before talking nonsence about meritocracy, have you ever thought about the start?

Think about divide and rule. Think about which race benefits the most out of it.

Then think why that race now is championing the meritocracy?
1 comment:

DAP is never a racist party! 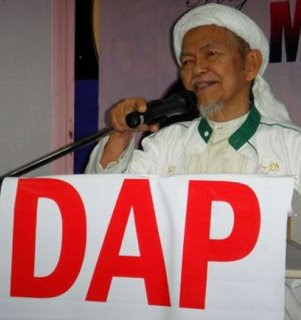 1. DAP is calling NEP a racist policy but they never question the cause of NEP?

2. DAP is calling for Malaysian Malaysia (The best colour blind policies that exists!) but they're supporting vernacular school so that our youngsters can remain segregated?

3. DAP is only critisizing PERKASA for defending constitutional rights but never on Chinese extremist group such as Dong Jiao Zong which most of the time, against it?
1 comment:

MalayMind
Malaymind is a thinker by training, a casanova by default and an engineer by accident. He tends to discover what he thinks is a new idea, and later found out it is not as new as it should be. He welcomes any comments.